Youngblood Vineyard in rural Macomb County has been selected to be a pilot site for a new 4-H viticulture program.

The viticulture program is also being developed at Pingree Farms in Detroit, which already had a 4-H program in place and has a small number of grapevines that Youngblood Vineyard has helped maintain. The program was created by Michigan State University 4-H curriculum developer Dixie Sandborn with a grant from Project GREEEN.

“Dixie had been thinking for several years about how they could introduce grape growing to youth,” says Youngblood Vineyard owner Jessica Youngblood. “They were thinking this would be a great talent pipeline so that we could start introducing young people into the agricultural side of growing grapes.”

Because of the COVID-19 pandemic, Youngblood will not launch the program until Sept 1. In the meantime, staff at MSU is creating short YouTube videos for the students to watch, which will keep them up-to-date and educated on the grape-growing process until September rolls around.

Youngblood Vineyard has already received 3,000 vines of Itasca grapes from the University of Minnesota and will be donating two rows of nearly 100 grapevines to the 4-H club students.

Once the program begins, students will learn the business and grape-growing side of the viticulture industry. They will come to the vineyard a few times a month to complete worksheets focused on everything grape-related, as well as receive hands-on experience taking care of and watching their grapes grow. Eventually, they’ll participate in harvest.

Along the way, they’ll learn about different types of grapes (table, raisins, juice, wine) and how each type is used for something different. For example, Youngblood grows cold-hardy grapes that can withstand Michigan’s cold winters, and she’ll teach students about that.

“It’s really cool to introduce them to the aspect that these are different grapes than what you see at the grocery store,” she says. “Some kids say, ‘Well, I’m not allowed to eat those grapes because I can’t have alcohol — I’m not 21.’ They don’t even understand that there’s no alcohol in the grapes; it’s just fruit.”

Youngblood and her team will also teach students how to turn their grapes into jellies, jams, juices and the like.

While the program is open to students in grades eight through 12, Youngblood hopes to start with 20 students who are sophomores and will be involved in the program for two full years.

“At the end, if they complete two years, they will have seen two growing seasons of a vineyard because there’s work to be done every day of the year,” Youngblood says, adding that when they’re done, participants will get a certificate of completion to put in their portfolios.

Youngblood and Pingree Farms are eager to begin the new program, which she says is the first of its kind in 4-H and has attracted interest within Michigan and from other states looking for a youth-oriented viticulture program.

“If the program is successful, they would like to have it go throughout the state,” she says. “There’s a lot of interest in several states because there’s nothing designed for youth in the U.S. and it allows students to see another career option.”

The Art of the Cork 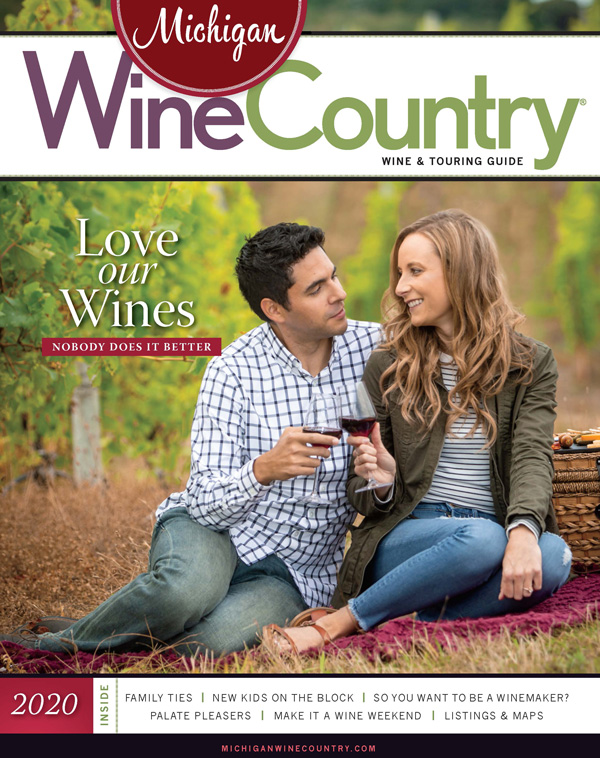 ABOUT US
Your guide to the Michigan wine experience.
FOLLOW US
© 2022 - Michigan Wine Country
Near me
40 miles